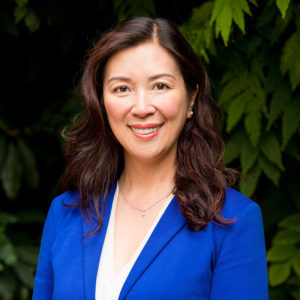 Angela Cheung, Board Chair and Chair of Advisory Board

Angela Cheung is the President and Founder of Pillar Capital, has over 25 years of experience in real estate development, project management, marketing, sales, and property management.  She has led Pillar Capital’s offices in, San Francisco, Boston and Hong Kong, into the global marketplace by forming significant partnerships locally and internationally. Her portfolio includes nearly 7% of the Millennium Towers condominium sales in San Francisco (the Millennium Tower is one of the Bay Area’s most iconic and prestigious, luxury high-rises and famed as the tallest residential skyscraper west of the Mississippi. In 2012, it was recognized by Worth Magazine‘s as one of the top ten best buildings in the World). To date, Angela has sold close to 7% of all units in the newly built high-rise luxury condominium project, Millennium Tower, in Boston.
Kristian is originally from the Pacific Northwest and has lived in San Francisco since 2006. He received his B.A. from the University of Washington in Political Science, then went on to pursue his J.D. from the University of Pennsylvania, where he was an Associate Editor of the Journal of International Economic Law. He earned a Certificate in Business and Public Policy from the Wharton School of Business, with a concentration in real estate finance and development. Kristian is currently the President of Compass Real Estate. Kristian has spent more than a decade as an attorney in San Francisco. His focus has primarily been on commercial real estate transactions, including acquisitions, dispositions, financings, structuring joint ventures, leasing, and developments of commercial, mixed-use and multifamily projects. During the course of his career, he has represented some of the nation’s leading real estate lenders, national and international real estate developers and hospitality companies, and several preeminent telecommunication and technology companies.
Pearl Chen is bilingual, bil-literate and bicultural. Born in Southern China.  Immigrated to the US after elementary school in Hong Kong.  She obtained her BA in Social Work from SF State University, MA in Counseling from Idaho State University and MA in Multicultural Education from University of San Francisco.
Recently retired from City College of San Francisco as an academic counselor, worked with domestic and international students for more than three decades.  In addition, she taught and coordinated the counseling program at Chinatown North Beach campus, graduate internship program, bilingual orientation and courses without pre-requisite program. She also presented workshops internationally in Hong Kong and locally.  She calls San Francisco Bay area home where she has raised her family with husband, Joe. 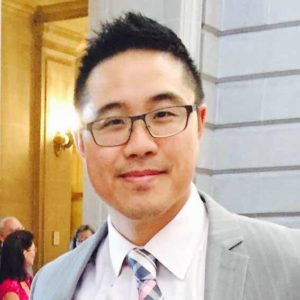 Philip Wong is Vice President, Relationship Manager at Bank of the West. Bank of the West is part of BNP one of the largest banks worldwide. Philip Wong is in charge of developing banking relationships with both inbound and outbound business and along with local companies. Prior to his current position, he has also worked in Bank of Communications, Preferred Bank, Wells Fargo, Bank of America, World Savings Banks, HSBC, and Chinatrust Bank (CTBC); where he worked in areas of residential/commercial estate to corporate lending even trade finance dealing with local and international clients.

Myriam Chen co-founded two Information Technology companies:  the first one in the early 90’s and the second in 2005. Both headquartered in San Francisco, the last venture took her to establish a Technology Development Center in Beijing in 2006, servicing customers in the U.S. Japan and China.

Myriam is currently Consultant of the City of Wuhan and the City of Chongqing in China. In 2009, Myriam and her business partner recruited the Franco Dragone Entertainment Group (FDEG), a Belgium based global entertainment enterprise, and helped initiated a RMB 20 billion investment to develop the “Han Show”, the world’s largest water show and the first ever in China, in Wuhan. FDEG’s business model is creating/developing high tech, large scale water performance shows in Las Vegas, Paris, Italy, Dubai, Macau, Japan, Indonesia, Thailand and China.

An immigrant from Macau, back in the late 70’s, Myriam was Executive Director of Chinatown Resources Development Center (CRDC), a non-profit, community-based organization providing vocational ESL and employment training for newly arrived Chinese immigrants in San Francisco.
Born and raised in the San Francisco Bay Area, Jonathan’s interest in real estate started at an early age and in 2012 he joined Pillar Capital’s sales, property management, and commercial and residential development group. Jonathan’s experience is largely founded on Pillar Capital’s projects, and participation within the management and sales of exciting new developments from San Francisco’s SoMa district to the LuXe in Pacific Heights. Currently also the head of property management and leasing servicing over 50 properties, his multifaceted roles has refined his skills to offer his local and international clients a diverse set and holistic approach of real estate experience and knowledge as a full service real estate professional.

Jonathan is equally passionate in support of the charitable efforts to alleviate social and economic disparities that exist today, in a society where the middle class are continuing to disappear. He was born in San Francisco Chinatown’s Chinese Hospital, and shortly after his family moved to Oakland where he spent half of his childhood years. Later, they moved to the next-door suburbs of Alameda, an experience which provided a constant reminder of the social and economic disparity profoundly contrasted between two neighboring communities. At age 21, he was certified as an Emergency Medical Technician (EMT) at United Ambulance, a company which focused on IFT contracted throughout a number of the Bay Area hospitals and skilled nursing facilities. With that company, he found the disparity still existed and apparent even in our medical system. Eventually resigning from his position as operations manager at UA prior to committing full time with a real estate firm, it is with this experience he was driven to do more to help the underserved communities.

Serving on the board of directors at Asian Pacific American Community Center, he hopes to contribute to the continuing efforts of the organization to help empower the underprivileged community and growth of non-profit services, which provide the local underserved communities much needed support, in some cases necessary to survive.

Born in Guangzhou, China, to a restaurateur father and a mother who operated a grocery store, Chef Yan possessed a passion for cooking at an early age. His formal induction into the culinary world began at age thirteen, with an apprenticeship at a popular Hong Kong restaurant. He honed his natural talent at the Overseas Institute of Cookery in Hong Kong, and then pursued an MS degree in Food Science at The University of California, Davis in the U.S. He discovered pasion for teaching when he became a chef- instructor in the university’s extension program. In 1978, he pioneered a daily TV Chinese cooking show: the now classic Yan Can Cook. Infusing lessons with his characteristic warmth, humor and vitality, he quickly won a devoted following.

Chef Yan continues to follow his dreams with his brand new television series, “Martin Yan’s Taste of Malaysia.” Broadcast on 3 major Malaysian television networks and worldwide, this series documents his experiences in Malaysian culture and cuisine. Additionally, his Fall 2014 television series, “Martin Yan’s Taste of Vietnam,” which currently airs on public television stations across the U.S. and worldwide, follows his travels and culinary discoveries throughout the far reaches of Vietnam.

A popular chef-instructor at top culinary institutions around the world, Chef Yan has lectured at The Culinary Institute of America, Johnson & Wales University, The California Culinary Academy and The Chinese Cuisine Institute in Hong Kong. In 1985, he founded the Yan Can Cooking School in California. Also a restaurateur, his Yan Can and Yan Can Cook Beijing Restaurants offer inventive pan-Asian menus. Chef Yan brings Chinese culinary tradition and culture to light through an authentic, modern dining experience with his new restaurants venture; M.Y. China and M.Y. Noodles, in the San Francisco bay area.

The recipient of numerous awards and honors, Chef Yan is internationally recognized as an accomplished Asian chef among his peers. He has also captured the attention, admiration and hearts of billions of fans by spicing up his cooking artistry and lessons with a personal ingredient: wit. Through television, or in person, a session with Chef Yan proves invigorating, as well as educational. Dedicated to dispelling the mysteries of Asian and Chinese cooking, Chef Yan furthers an understanding of Asian cuisine and culture with spirited lessons, fun and entertainment.

Christina Y. Chen is a lawyer in private practice in the San Francisco Bay Area for 31 years. She has served as legal counsel for non-profit and mutual benefit corporations such as the Gee How Oak Tin Benevolent of America, the Chan Wing Chun Association, the Ying Joe Family Association, Bow On Benevolent Association and the Teo Chew Community Center, Inc. Long before being admitted to the California Bar, Christina was a Community activist with extensive community involvement. She helped desegregate the San Francisco Unified School District; worked with the then Economic Council to establish the Newcomers Service Center, Chinese For Affirmative Action, On Lok Senior Services, Self Help for the Elderly; and served as the Executive Director of Chinatown Family Planning Services, and founded the Ching Nin Clinic. She had also served on the Board of Directors of Youth For Service, Inc., the Kevin Collins Foundation, and the San Francisco Social Services. 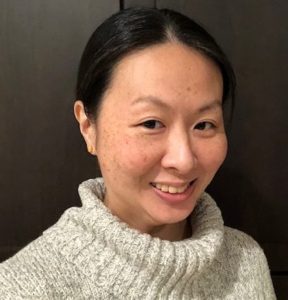 Erica Tom was born in San Francisco and obtained her BA in Social Welfare with a minor in Asian American studies and MSW degrees from UC Berkeley. Currently, she is an academic counselor at City College of San Francisco providing counseling to a diverse student body. Prior to this, she worked at the California State Department of Rehabilitation and Asian Women’s Shelter. She is bilingual in conversational Cantonese and Taishanese dialects.
Dr. Lau has been serving on the APACC Board of Directors since 2014. He is a nutrition scientist with more than 20 years of experience in developing and marketing nutraceutical ingredients and dietary supplements. He has authored more than 100 peer-reviewed scientific papers, book chapters, conference abstracts, and two books on nutraceuticals in human health. He is the inventor of a number of patents. He currently serves as a subject matter expert in nutraceuticals at Renew Life Formulas – a Clorox Services Company. He is also the co-founder and CEO of Sonoma Dignity Care – a home care agency. Previously, Francis held key positions in research and development at Shaklee Corporation in Pleasanton, InterHealth Nutraceuticals in Benicia, USDA Human Nutrition Research Center on Aging in Boston, and the National Institute of Mental Health in Bethesda.

Francis is a Fellow of the American College of Nutrition (FACN). He holds a Ph.D. in Neuroscience and Toxicology from Texas A&M University; M.S. degrees in Biochemistry from University of San Francisco and Computer Information Systems from University of Houston; and a B.S. in Biochemistry from University of Alberta. In addition to serving as a board member at APACC, Francis is an active member of many professional societies including the American College of Nutrition, American Diabetes Association, American Society for Nutrition, the Academy of Nutrition and Dietetics, American Aging Association, the Obesity Society, and Society of Toxicology. In his spare time, he enjoys outdoor activities including camping, stand up paddle boarding, and skiing.

Rex Tabora, Executive Director and Board Member. His work experience range from budget/administrative manager for City & County of San Francisco Solid Waste Management Program, co-founder of Powernet, Inc. an independent electrical design and testing company, Restaurateur, micro brewery owner and Business Consultant. In addition, Rex has represented major Real Estate developers in San Francisco for public and community affairs. These developers has and will build several million square feet of commercial and residential units. Rex’s unique ability to manage and cooperate with financial donors, staff, volunteers, government officials and other service providers, using multi disciplinary approach he acquired from his wide array of experiences, to any situation is what will lead APACC into the next level of providing quality service to its under-served clients.